When Jacqueline Martin and Brad Dismukes, a retired couple in their 80s who live in San Francisco, got their stimulus checks, they realized they didn’t need the extra cash.

Instead, the couple decided to donate the money to help people who did. Martin and Dismukes are sending the $2,400 to the Chronicle Season of Sharing Fund.

The Chronicle Season of Sharing Fund works year-round to prevent homelessness and hunger in the nine-county Bay Area. Donations help thousands of people in the Bay Area throughout the year, with administrative costs covered by The Chronicle and the Evelyn and Walter Haas Jr. Fund. Assistance is in the form of grants paid directly to the supplier of services, such as a landlord. Now, it’s helping those hit hard by the pandemic.

In the past month, the fund has seen a tsunami of inquiries for assistance due to the coronavirus pandemic. Calls for help are up almost five times.

The couple made the choice to donate the money to the fund considering their relative blessings — Dismukes receives a Navy pension and their fixed income wasn’t affected because of the coronavirus.

We read the stories and they’re just so moving and poignant — to hear about how the gifts that are dispersed can really help and change people’s lives. When we learned about (the fund), we just thought it was a way we could give back to a community which we love.

“I said to my husband, ‘You know, we’re going to get that $2,400 check and that’s ridiculous, we don’t need it,’” Martin said. “There’s nothing that’s happened to us that’s been a financial shock or a disaster. We should give it away to someone who needs it.”

Martin and Dismukes have been donating to the Season of Sharing Fund for several years, but recently decided to make a sizable bequest to the fund in their will.

“They’re very careful,” Martin said. “They don’t waste their money — I mean the stories show that. They help people before there’s disasters.”

The couple’s generosity is helping buoy the fund at a time when the need is huge.

“For the first time ever, we’re facing a very difficult possibility that we might have to turn people away,” said Zev Lowe, the fund’s executive director. “Not because they don’t meet our criteria, but because we just don’t have the money.”

Lowe said the increase in need is so huge their partners in the nine Bay Area counties have either had to increase the hours of their part-time staff or train existing employees to keep on top of the new applications coming in.

It’s also led to something historic — the fund’s first fundraising campaign off-cycle: the COVID-19 Rapid Response Fund. In the month since its creation, it’s raised more than $2.8 million.

“It’s really exceptional that we would launch a fundraising drive mid-year,” Lowe said.

And for Giving Tuesday on May 5, an anonymous donor has said they’ll match all gifts up to $250,000. 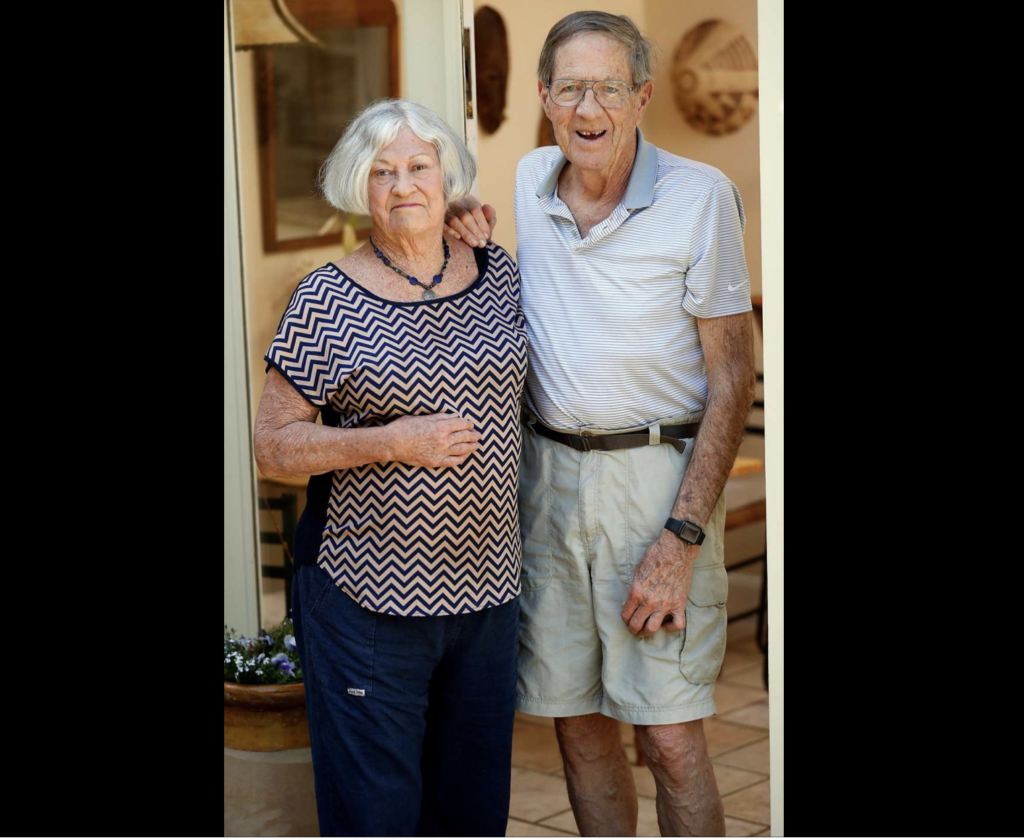 Jacqueline and Brad Martin at their home in San Francisco, Calif., on Sunday, May 3, 2020. Photo: Scott Strazzante / The Chronicle

Many of the fund’s longtime donors, like Bill Falik — a real estate lawyer and professor at UC Berkeley — have increased and expedited their gifts. Falik and his wife, Diana Cohen, have been major donors for more than a decade and have frequently given up to $35,000 a year. But this year, the Berkeley couple opted to give early and increased their gift to $50,000.

Falik, 73, moved to the Bay Area in 1971 to work for a federal judge after graduating from law school, shortly after which he became a San Francisco Chronicle subscriber. Season of Sharing has been a significant part of the couple’s life.

“We read the stories and they’re just so moving and poignant — to hear about how the gifts that are dispersed can really help and change people’s lives,” Falik said. “When we learned about (the fund), we just thought it was a way we could give back to a community which we love.”

For Greg and Alma Brown — a couple in their 70s who live in San Francisco’s Noe Valley — Season of Sharing does the due diligence in targeting the most vulnerable, who may need the most assistance.

After moving to San Francisco 11 years ago from Charleston, S.C., they found it difficult to figure out which of the Bay Area’s many charities to give to.

“It just touches the individual in far more ways than most charities do,” Greg Brown said.

They donate to close to 25 other charities every year, but their donation to the Season of Sharing Fund is the largest. This year, they’re giving more.

“The fact that people are losing their jobs and some of their incomes is devastating,” Greg Brown said.

Editor’s note: This story has been corrected. Bill Falik’s name was misspelled.

Read the full article at: https://www.sfchronicle.com/bayarea/article/Season-of-Sharing-Fund-donors-help-Bay-Area-15246583.php