A motel room is supposed to be for a night or two, not for a year or two.

But Jennifer Monique Hill had been living in one motel room after another, in Stockton and in San Jose, for the past couple of years, after breaking off a relationship with a man who was abusive.

She stayed in rooms without much room.

“I made poor choices,” she said. “I made a bad decision I shouldn’t have.”

The bad decision, she said, was the relationship that she broke off after one too many abusive incidents.

“That part of my life was dead weight,” she said.

I started apologizing to my children, for what they were going through. That’s hard. It really hurts to apologize to your kids.

The good decision was moving into an abused woman’s shelter for a month in Stockton.

Before long, it was time to move out and find a place to rent. But the money she was making as a part-time preschool aide wasn’t enough for things like first and last month’s rent and security deposits and cleaning deposits.

So she found herself checking into motels, which don’t require anything more than one night’s rent, per night, no strings attached. Staying in the motel rooms with her were her three children, Isis, 16, Joseph, 14, and Isaiah, 9.

“It got crowded,” Hill said.

She and Isis would share one double bed and the boys would share the other. Hill cooked ramen, Hot Pockets and frozen pizza in the motel microwave. The kids attended virtual school on their computers. Everyone got along, Hill said, and there were no real disputes over what to watch on the motel TV because everyone liked pro wrestling and cartoons. 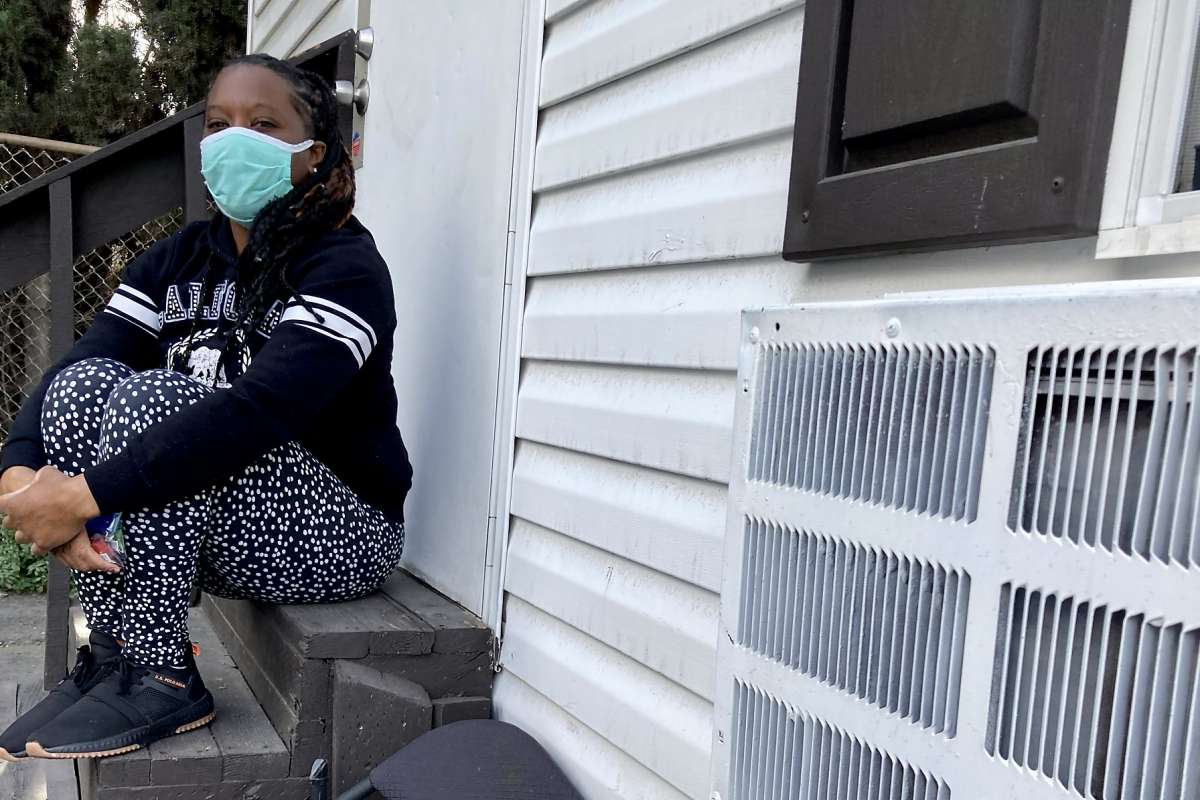 After four motels in two years, Jennifer Monique Hill has her own home in San Jose thanks to the Season of Sharing Fund. Photo: Steve Rubenstein / The Chronicle

“We were homeless,” she said, “but we weren’t sitting on the sidewalk.”

The family stayed in three motels in Stockton and then, after she decided to move back to her hometown of San Jose, there were two more motels in San Jose.

It was especially hard on her children, Hill said. Inexpensive motels are built with inexpensive walls, the kind that let in the yelling and screaming and the misbehaving of the neighbors.

“They were hearing, and seeing, things that children shouldn’t have to hear and see,” she said. “We’d just shut the blinds and lock the door and stay inside.”

Hill said she found herself doing something that was even more stressful than living in a motel.

“I started apologizing to my children, for what they were going through,” she said. “That’s hard. It really hurts to apologize to your kids.”

After more months of motel living, Hill heard about an opening in a mobile home park in northeast San Jose, near the junction of two freeways and a noisy railroad line. It had three bedrooms and a kitchen where Hill could cook more than noodles, and it was in the kind of community that doesn’t turn over every 24 hours. But before Hill could sign a year’s lease and move in, the landlord wanted a four-figure deposit that Hill didn’t have.

It looked like more months in more motels. That’s when Hill found out — through her caseworker Anahi Osorio at Midtown Family Services, in San Jose — about The Chronicle’s Season of Sharing Fund, which provides a one-time grant for people in a temporary jam.

Midtown Family Services, which helps South Bay homeless families come up with security deposits and first-and-last-month rental payments, says 4 out of every 5 of its once homeless clients stay housed.

Osorio and Hill reached out to Season of Sharing, and the fund paid the deposit.

“God watched over me,” she said. “God bless the Season of Sharing Fund.”

The grant enabled Hill, who soon after landed a job as an aide at a San Jose nursing home, to start saving a little money to make sure her family’s motel days are behind them. She thinks she’s made enough progress so that never happens again.

“It took a long time for me to realize that life isn’t a happily-ever-after fairy tale, where you have a man next to you that provides everything,” she said. “You have to live in the real world. You have to do the providing yourself.”

Read the full article at: https://www.sfchronicle.com/bayarea/article/Chronicle-Season-of-Sharing-Fund-helps-homeless-15827694.php