There were photos of her children framed on the walls. Books, clothing, pots and pans, furniture and so many other parts of Monika Donovan’s life were neatly collected in her home of 44 years.

“It was a big change for my heart,” said Donovan, who turned 74 in December, a few weeks after moving out. “To just pack up and go, that was tough.”

Donovan retired in 2010 and lives alone. She got by with Social Security benefits, savings from her more than 30 years of working in the restaurant industry and help from her two sons, Thomas and Steven, who live nearby and have families of their own.

“I loved that house, but the landlords would never sell it to me,” she said. “They gave me a good deal on the rent.”

She says there were very few rent increases over the years.

That all changed in 2017, she said, when her longtime landlords passed away, leaving the property, a quaint one-story, two-bedroom house on McCue Avenue in San Carlos, to their children. The new owners hired a property manager and increased the rent by 108%, more than doubling it to $2,500, she said.

Donovan’s Social Security income became insufficient overnight, and she quickly began draining her savings, along with her sons’ savings.

“I couldn’t afford $2,500 a month. That was too much,” Donovan said. “I had to think quickly about how to keep staying here.”

To help alleviate her financial predicament, Donovan did what many Bay Area residents grappling with the cost of living often do. She opened her home to roommates.

Donovan found one, a woman whom she became friends with, who moved in February 2018 but moved out in October 2019. 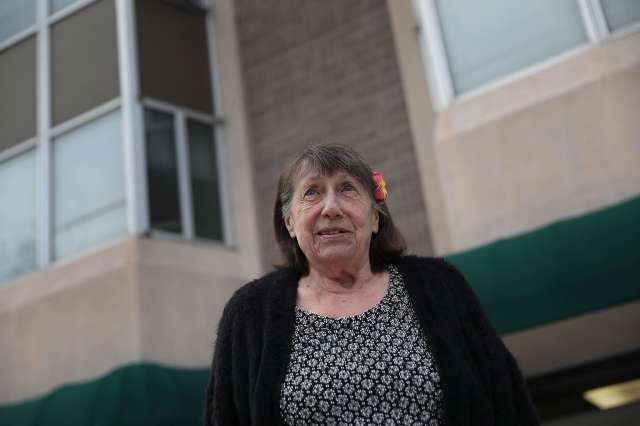 Monika Donovan, San Carlos resident, who received summer rental assistance from the Chronicle’s Season of Sharing Fund, stands for a portrait outside the apartment building where she lives in a studio apartment on Wednesday, December 16, 2020 in Belmont, Calif. Photo: Lea Suzuki / The Chronicle

Donovan “was behind in rent by several months,” said Julio Campos, a case manager at Samaritan House, a San Mateo nonprofit that provides services such as housing and employment assistance free of charge. “She was worried about losing her home.”

The Samaritan House connected Donovan with the Chronicle Season of Sharing Fund. The nonprofit works year-round to prevent homelessness and hunger in the nine-county Bay Area. All donations go directly to help people in need, with administrative costs covered by The Chronicle and the Evelyn and Walter Haas Jr. Fund.

Season of Sharing covered two months of rent in 2020, in May and June, giving Donovan some relief and time to look for a new place to live. She kept sending rent checks to her landlord, but a partial amount. Soon it was time to move.

I couldn’t afford $2,500 a month. That was too much. I had to think quickly about how to keep staying here.

“Not having to worry about rent for two months was a big help,” she said. “It gave me time to plan for my future.”

She now lives in low-income housing at Lesley Terrace, a senior community complex in Belmont. Even though she’s found stable housing with affordable rent, the stress and anxiety leading up to the move still overcome her today, she said.

She misses her home in San Carlos. Donovan, a German immigrant, moved to the U.S. in 1976 to raise a family with her husband, an American soldier whom she met in 1965 and married in 1968. Her eldest son, Thomas, was born in Germany, and Steven was born in Livermore. She was divorced in 1978 and raised her children in her San Carlos home.

Her cozy house was filled with happy memories. Snippets of her life flashed by her — her children’s birthday parties, family dinners, plonking on the couch after long work shifts at restaurants, planting palm trees in her front yard and elm and pepper trees in the backyard — as she left for good in the last week of November. She donated most of what she owned.

Her ex-husband lived with her toward the end of his life while dealing with lung cancer, Donovan said. She wanted to take care of him. 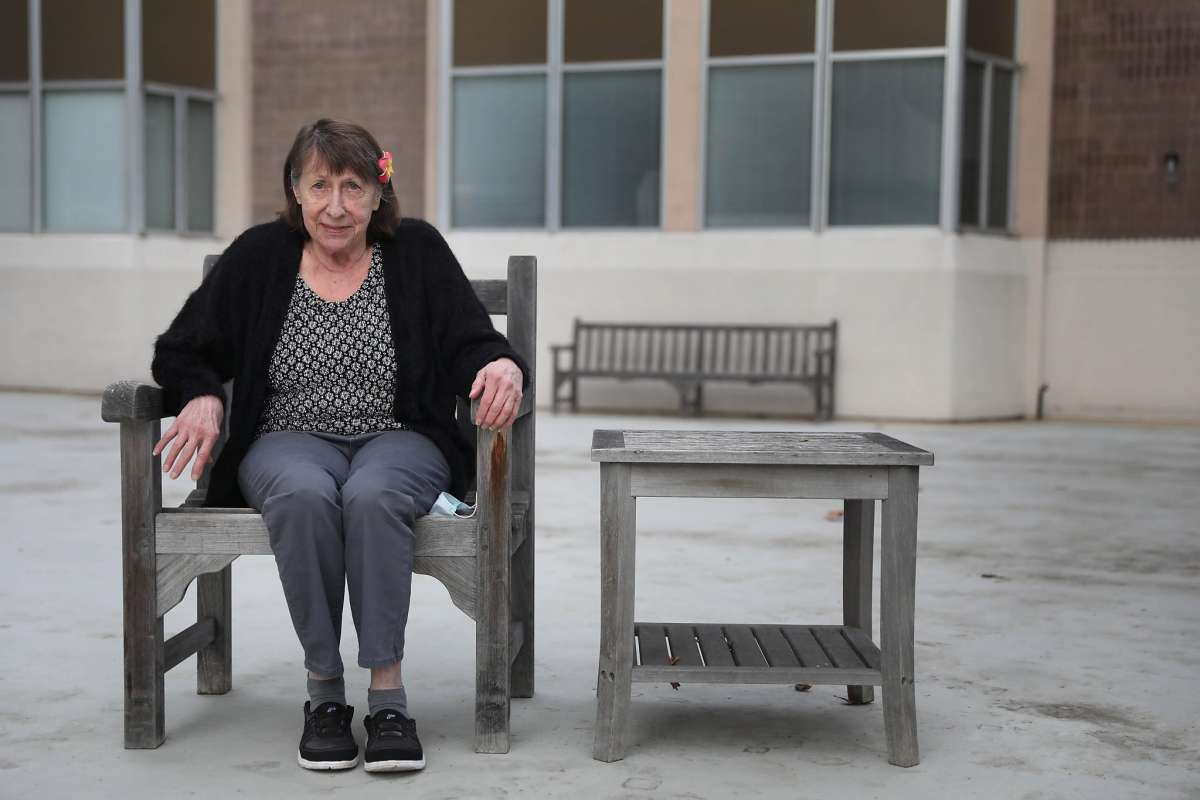 Monika Donovan, San Carlos resident, who received summer rental assistance from the Chronicle’s Season of Sharing Fund, sits for a portrait outside the apartment building where she lives in a studio apartment on Wednesday, December 16, 2020 in Belmont, Calif. Photo: Lea Suzuki / The Chronicle

Donovan has dealt with health issues of her own: a heart problem in 2013, a stroke in 2016 and a compression fracture on her spine this year.

Her new home will take getting used to. It’s a small studio, a compartment that she’s grateful for but is adjusting to. She’s never had to live in a place where her meals, baths, entertainment and sleep all intersect in one room. She doesn’t have her own kitchen, but her pantry and microwave make do.

Her sons helped with the move and visit often, assisting her with laundry located three floors down. She misses her old life and laments not being around family for the holidays. She understands the risks involved in gathering during the pandemic.

“It’s mostly just me and my television, my books and my thoughts now,” she said.

Read the full article at: https://www.sfchronicle.com/bayarea/article/Rent-relief-gives-Peninsula-woman-time-to-find-a-15823261.php